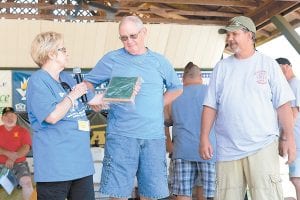 Jenkins Homecoming Days Festival Committee Member Joann Baldwin, left, and Jenkins Mayor Todd Depriest, right, presented a plaque of appreciation to longtime festival emcee and musician Chuck Johnson, who was in his last year as emcee of the festival.

As the photos on this page show, Letcher County’s festival season kicked off in earnest last weekend with the arrival of the Jenkins Homecoming Days Festival. Next up on the list of the gatherings leading to the Mountain Heritage Festival late in September is the Isom Days Festival now underway in that community. 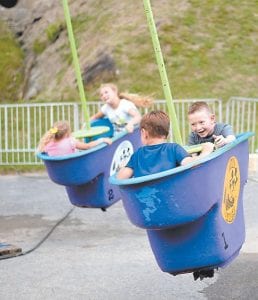 Shawn-Michael Collier smiled as he and Andrew Newsome went round and round in the tubs at the Jenkins Homecoming Days carnival. 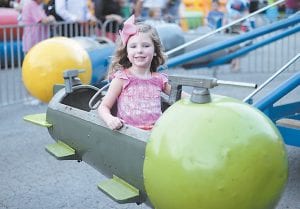 Jase Akers was happy as he held a sucker during Saturday’s homecoming days parade. 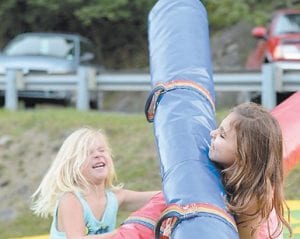 Olivia Kelly, left, collided with her sister Nyla on one of the attractions. 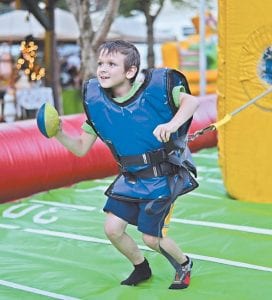 Maleik Wright inched forward to attempt a shot in one of the more unique attractions at the Jenkins Homecoming Days carnival. 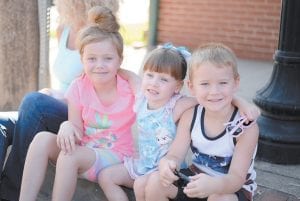 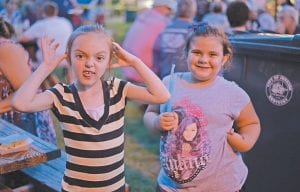 Zoey Balloter, left, and Wendy Burke had fun while posing for this photo at the festival.