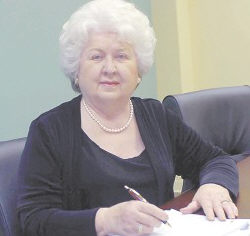 A Whitesburg woman has given more than $50,000 to help fund a college scholarship program that will target sixth-grade students who show academic progress.

Mrs. Combs and her late parents, Atha B. and Judge James M. Caudill Sr., helped establish the Whitesburg Campus of SKCTC in the late 1980s. She was an official with First Security Bank in Whitesburg, started by her father, before her family sold its shares to Community Trust Bank.

Mrs. Combs talks about the scholarship and the origins of the SKCTC’s Whitesburg Campus in an article that appears on Page 12.