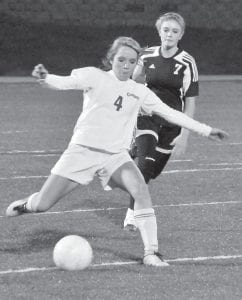 Letcher County Central High School’s girls’ soccer team won the Region 16 title over the weekend but was eliminated from the state tournament on Tuesday night after being defeated 8-1 by homestanding West Jessamine. Pictured above are three of the team’s players in action against Pikeville High School last week. At left, Auberney Campbell fired the ball downfield in a 3-1 win over the Panthers. Also pictured are (center) midfielders Brooke Adams fighting for the ball and (right) Courtney Venters driving the ball upfield. (Photos by Chris Anderson) 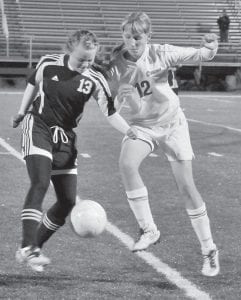 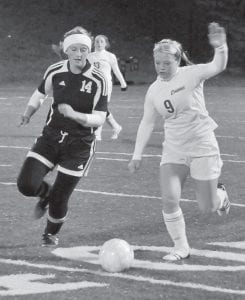