Seniors to compete in Rook tourney 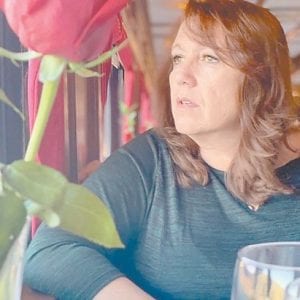 Before I say anything this week I want to give God praise for saving the lives of two of our very special family friends. Cecilia Begley Swiney and Angie Begley Slone. They were involved in the accident on the bypass last week that also took the life of Michael Fugate. Cecilia and Angie are sisters and their mom and dad, Cecil and Carol Reynolds Begley, were our neighbors when Cecilia was just a baby. After her first sister was born she then became Sissy Bug to everybody and I do mean everybody. We loved taking care of her. My sister Delores especially loved her. Sissy is now in Holston Valley Hospital in Tennessee. She had a compound fracture on her femur bone and had to have surgery last week and her uncle Leonard Begley told me this morning she is scheduled to have another surgery today. She was very nauseous yesterday and so he wasn’t sure they would be able to do the surgery. Sissy has overcome many health problems and is a very hard fighter. Please continue praying for her and all her family. 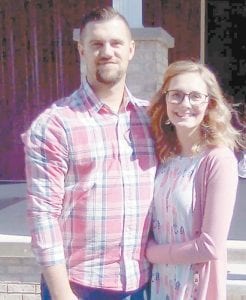 Her sister Angie was taken to Whitesburg Appalachian Hospital for x-rays and was then released. She is just very bruised and banged up and very sore. She does however, need our prayers, also.

Now, let me talk a little bit about the food drive that is going on for the Letcher County Senior Citizens. I know I talked a little about it last week, but so many good things are happening I want to tell you more. It is a continuous food drive, first of all. Judge Terry Adams told me this morning at the rec center many businesses are also collecting and many more are wanting to start. Debby Baker was ecstatic this morning when she saw all that was collected at the rec center over the weekend with the competition between the basketball teams. Whoever came up with that idea needs a medal. The tables were loaded down with nonperishable items. The basketball teams need to know how much their donations mean. Can you imagine having to make the decision of whether to buy your medicines for the month or buy food? That’s what some elderly people are having to do each month. Debby Baker told me she was able to feed nine people last month. I myself have to make myself not eat too much. I can’t imagine not having any food in the house to eat and no way of getting anything. 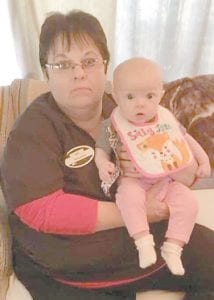 On a brighter note, the seniors will be going to Breathitt County Friday the 29th for the Kentucky River 50+Games Rook Tournament. The Rook team that won from Letcher County was Rose Hammonds and Ionna Noble. They are all having a hard time at our center not talking during their practice games though.

There has been so much talk at the No Limits Fitness sessions at the rec center about Laney Webb. Her aunt Maranda Webb told me Saturday the 23rd, Laney had a really bad night Thursday and they thought they had lost her, but God took care of her and she was doing better. This is the post her mother Michelle posted about the incident:

“I’m so sorry it has taken me all day to post an update on Laney today. Today when I was holding Laney I noticed she was breathing really heavy (the doctors call it working). I called for the nurse to come and check her and she said I was right so she suctioned her mouth and Laney was still breathing heavy; she left the room to get something for Laney and I was already pushing the call light for her to come back (she was gone less than 2 minutes) she came into the room and saw Laney again and called a rapid response within minutes Laney had a team of Doctors and Nurses in her room examining her. Everyone agreed that she needed to go back to PICU, she was given a breathing treatment and she was doing better. I was holding her and she started fighting to breathe, they gave her another breathing treatment and the doctor came in and told me that Laney needed to be put back on the ventilator that she was working too hard to breathe and that she was getting very tired and then she explains everything that could happen when putting her on the ventilator and I turn to her and say ‘are you telling me she could die’ and she said ‘yes her airway is very swollen and I may not be able to get the tube in’. My dad was already on his way to me but the staff at UK children’s hospital had about 6 people come sit with me and when Dad got there they didn’t leave us. They stayed, they prayed, they were there for us (for that we are very thankful). The doctor came and told us that Laney did good and that she was okay. Everyone was praising the Lord. To all of you all you that weren’t here in person, I know when I posted my post for everyone to pray you all did and I couldn’t thank you all enough. Please keep praying for my baby. To her nurse on the floor, thank you for everything, you did great. To all the nurses and doctors in PICU her team of leukemia doctors, you all are amazing too. Thank you so much for everything you all have done for Laney.” 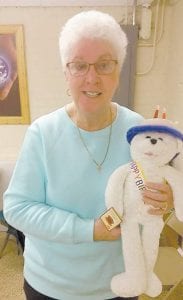 Her aunt Maranda and the No Limits Fitness team are also making plans for a fundraiser at the rec center very soon. I also saw that Food City is planning a fundraiser this coming Friday the 30th and the 31st to assist with financial help for this family. Please do all you can to help.

I’ll just post a few of the birthdays that were on Facebook this past week. Jo Ella Taylor Sturgill, one of the Marlowe girls, celebrated her birthday on the 19th. One of my newfound friends, Greg Collins, celebrated on the same day as I did, March 18. My cousin, Margaret Faye Adams Nelson’s daughter Pam Nelson-Yazell, celebrated her birthday on the 21st with a trip to Niagara Falls. The pictures she took while there were amazing. Then last but certainly not least, my favorite brother Albert Tacket is celebrating his birthday today, Monday the 25th. We FaceTimed with him last night and saw him eating his birthday cake. His wife Tonya got Mom’s carrot cake recipe and made it for him. It’s always been his favorite cake if Mom made it. I’ve been trying to talk Mom into making another one, but haven’t succeeded yet. I have tried to make one, but it doesn’t taste anything like Mom’s.

Let me tell you another doozy on my brother while I’m at it. My sister, Lucille, had a little red VW beetle when she was in high school. Other than the 500 dollars Dad paid on it, she paid for it with her own money. She was in the DECA club at Whitesburg High School and they found businesses that provided jobs for them. She was employed at the Hobbs Department Store Restaurant that was then where the Harry M. Caudill Public Library is now. So, she was able to purchase the VW. Albert also had his driver’s license, but no car. So, she would drive to school and Albert and his buddies would sneak out of high school and get her VW and go places. She kept an extra key under the floor mat. One of the places he went was Carr Fork Lake in Knott County. He and his buddies would spend the whole day there. He would try to tell how much gas he used and put enough back in it so she was never the wiser. Sneaky, I reckon. Mom and Dad never found out about these little escapades either.

Okay, I’ll close here by reminding you all of how many deaths our community has seen just in this past month and ask that you remember them in prayer. Especially my pastor and his family, Bill Jones and wife Sandy, and their children. Hopefully, the trial will take place in April and they can get this ordeal of traveling every month just to hear it’s been postponed again.

Please take heed of Oma’s plea and try to be in church this Sunday and Sunday night and throughout the week if your church has services then.