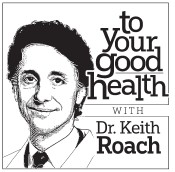 DEAR DR. ROACH: After being on Paxil for about 15 years, it wasn’t working anymore. My doctor decreased my dose, and I slowly started Viibryd. The first week I felt great. When I increased the dose of Viibryd, I began feeling sick. I had a bad headache, anxiety and couldn’t sleep, and my muscles began jerking. I went to the doctor, and she had me stop immediately, prescribed Deplin for seven days, and said that I’d had serotonin syndrome.

When I looked it up, I found it can be fatal if the SSRI is not stopped. I was off all SSRIs for about 10 days but started feeling unconfident and fragile, so I began taking 25 mg of Paxil CR. My doctor seemed concerned that the serotonin syndrome could return, and advised me to take Deplin along with the Paxil. How common is this syndrome? I am weaning myself off the Paxil, but what if I need an antidepressant? — M.M.

ANSWER: Serotonin syndrome is more common than often is suspected. It is an abnormality of brain chemistry caused most often by medications, especially selective serotonin reuptake inhibitors (SSRIs), like paroxetine (Paxil) and vilazodone (Viibryd).

You had many symptoms of serotonin syndrome. Serotonin syndrome may consist of mood changes such as anxiety and restlessness, but a person may develop confusion and disorientation. Abnormalities of the muscles, such as rigidity and the uncontrollable jerking you mention, are very common. Finally, sweating, high body temperature, vomiting and diarrhea also may be part of the syndrome.

Treatment is stopping the medication that caused the symptoms. Many experienced practitioners will use the same or similar medications that caused the serotonin syndrome at a lower dose if it is the only effective treatment, but this requires expertise and careful monitoring.

Deplin, a brand of methylfolate, is a B-type vitamin that can make SSRIs work better. It’s not associated with serotonin syndrome, as far as I have been able to find.

DEAR DR. ROACH: A diagnosis of “Cameron erosions of the esophagus” was made after my gastroscopy. I was not able to find that term at nlm.nih.gov/medlineplus. Have you ever heard of this? — A.M.

ANSWER: To be honest, no. However, I did look it up, and found that Cameron erosions are found only in people with a hiatal hernia. A hiatal hernia isn’t like an umbilical or groin hernia; in a hiatal hernia, the stomach goes upward into the chest through the diaphragm, the sheet of muscle that separates your chest from your abdomen. It is our primary muscle for breathing. There normally is a hole in the diaphragm (the hiatus), but in a hiatal hernia, the structures that hold the stomach in place weaken and allow it to go into the chest. The part of the stomach inside the chest is prone to bleeding, and the areas that bleed can be seen by the endoscope and are called Cameron erosions, or ulcers.

Small hiatal hernias usually can be managed with medication as necessary. However, large hernias and those with a history of bleeding may require surgical repair. An expert is needed to decide whether surgery is required.

.
Dr. Roach regrets that he
unable to answer individual letters, but will incorporate them in the column
whenever possible. Readers may email questions to
ToYourGoodHealth@med.
cornell.edu. To view and
order health pamphlets,
visit www.rbmamall.com,
or write to Good Health, 628
Virginia Drive, Orlando, FL
32803.