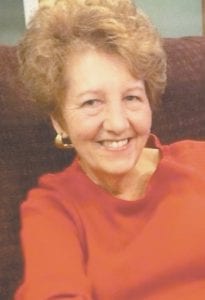 She was a member of the Millstone Missionary Baptist Church and a friend to everyone she met.

Funeral services were held yesterday (Tuesday), September 10, at Letcher Funeral Home in Whitesburg. Burial was in Evergreen Cemetery at Whitesburg.