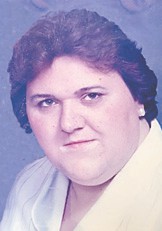 A daughter of the late John Jr. and Matilda Hale Banks, she was also preceded in death by a brotherin law, David Adams, and a great-nephew, Zachary Adams.

A memorial service was held February 17 at the Mountain Shrine Building in Whitesburg.

In lieu of flowers, donations are suggested to the Graham Memorial Presbyterian Church in Miss Banks’s memory at 18 Broadway Street Whitesburg, Kentucky 41858.