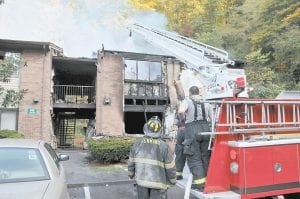 A memorial service will be held at 1 p.m. on Saturday for a 58-yearold Letcher County man who died in an apartment fire near Jenkins last week.

Autopsy results list smoke inhalation and thermal injuries as the causes of death for Dennis Wayne Profitt, who died in the fire early October 4 at the Mountain Breeze apartment complex at Ben’s Branch at Burdine, according to Letcher County Coroner Marty Baker.

Profitt was pronounced dead at the scene by Baker. Kentucky State Police said Profitt was found on a couch in the living room of his apartment located on the ground level of a two-story building in the back portion of the complex.

Jim Stephens, a Jenkins police officer and firefighter, said the apartment in which Profitt was found and the unit located directly above were destroyed. The roof collapsed on the top apartment, Stephens said. Two other apartments adjacent to Profitt’s unit were also heavily damaged.

State police said the fire was reported at 3:36 a.m. last Thursday. Jenkins and Neon fire departments were dispatched to the scene. 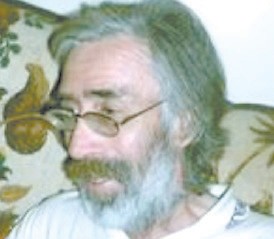 “It was roaring out the windows when we first pulled up,” said Stephens.

About six hours after the fire was reported, firefighters were still spraying water on hot spots.

Profitt’s body was sent to the state medical examiner’s office in Frankfort for an autopsy.

The cause of the fire is still being investigated by KSP Post 13 Arson Investigator Randy Gabbard and the state fire marshal’s office. KSP Detective Chris Collins has charge of the death investigation.

The memorial service for Profitt will be held at 1 p.m. on Saturday at the Lighthouse

Church with Glen Gross and Ted Collins offi ciating. Visitation will begin at noon Saturday at the Lighthouse Church. Burial will follow in the Profitt Cemetery at Campbranch.

Profitt was a son of Alpha Conner Moore of Jenkins and the late Dennis M. Profitt. Surviving other than his mother are five sisters: Joyce Baker of Thornton, Phyllis Campbell of Georgetown, Velma Caldwell of Sadieville, Teresa Gilispie of Thornton, and Rebecca Hipps of Jenkins; one brother, 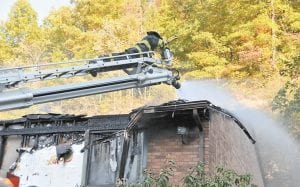 Letcher Funeral Home of Whitesburg has charge of arrangements.