Service to be held for Hugh ‘Jack’ Strunk 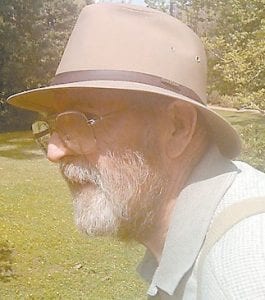 He was preceded in death by his bothers, Lloyd Arnold, Shade Lincoln, and John Burnett. He is survived by his only sister, Mary Lou Craft, Ohio, and his youngest brother, Charles Winston Strunk, Kentucky.

Strunk’s roots can be traced back to early colonial pioneers dating to the 1600’s in Virginia and North Carolina. It is believed that he descends from Thomas Nelson, a signer of the Declaration of Independence. In the 1700’s his ancestors followed the trail of The Cumberland Gap and settled in the mountains of eastern Kentucky. He was born at the family homestead, the fourth of six children of Hugh and Lucinda Bentley Hall Strunk.

He retired as a labor negotiator for the AFL/CIO. He was an honorary Kentucky Colonel, and, for nearly 60 years, he was a Mason with the Lonesome Pine Lodge in Neon.

He loved the mountains and fields of his childhood home, and they stayed always in his heart. For many years after moving to Texas, he returned frequently for renewal with family and friends and the land.

Burial will be in the Riley Bentley family cemetery in Deane. A memorial service is planned for 10:30 a.m., Saturday, October 29, at The First Church of God in Neon, where the Reverend Mark Waggoner is to officiate.