Services are held for Anna Lewis 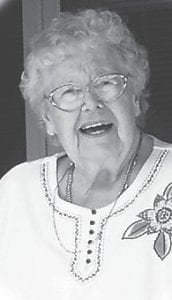 Born in Letcher County to the late Charlie and Zada Fields Engle, she was the widow of Walter C. Lewis.

She a member of Corinth Baptist Church, and was a missionary volunteer in Wheelwright, Idaho, Maine, Russia and Kenya. She had been employed as a waitress and bookkeeper.

Funeral services were held January 7 in London. Burial was in Fields Cemetery at Busy.

Letcher Funeral Home of Whitesburg had charge of local arrangements.