Services are held for Bob Sweeney 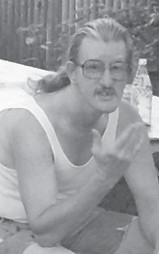 Funeral services for Donald ‘Bob’ Lee Sweeney, 59, were held May 16 at Little Colley Baptist Church. Burial was in the Isom Cemetery.

A son of the late John and Effagene Dutton Sweeney, he was born in Detroit, Mich. He died May 13 at his home in Whitesburg.