Services are held for Buford Griffith 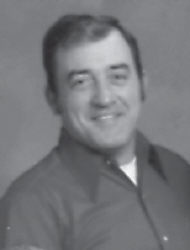 A son of Vergie Whitaker Griffith and the late Rence Griffith, he was born at Hallie. He died October 16.

Griffith was an electrician at Fusite and was a U.S. Army veteran. He enjoyed fishing and was a handyman for his family and friends.