Services are held for Charles McCray 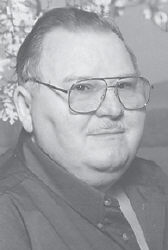 A son of the late Essie and Louise Dagnon McCray, he was a brother of the late Iva Lee Jones.

He was a member of the First Baptist Church in Whitesburg and Masonic Lodge #754.

Funeral services were held March 14 at the Mayking Old Regular Baptist Church. Burial was in the Thornton Cemetery.