Services are held for Clyde Lucas 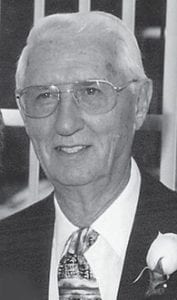 Born at Camp Branch to the late Willie and Elizabeth Crase Lucas, he was the widower of Eleanor Fairchild Lucas.

He was the great-grandfather of the late Jessica Brooke Engler, and the father-in-law of the late James Sanders.

Funeral services were held August 27 at Everidge Funeral Home in Whitesburg. Burial was in Green Acres Memorial Park at Ermine.