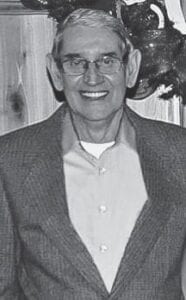 Dan Mitchell Lucas, 75, of Thornton, died January 8, at the University of Cincinnati Hospital in Cincinnati, Ohio.

Funeral services were held January 11 at Millstone Missionary Baptist Church. Burial was in the Thornton Cemetery.