Services are held for Dorothy Pfaff 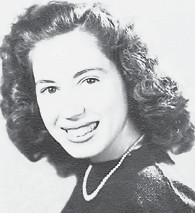 Born in Whitesburg to the late Elbert E. and Jane Brown Jenkins, she was a sister of the late Shirley Marie Jenkins and Polly Jenkins Chirgwin.

In 1956, she competed in the Miss Naples Pageant sponsored by Caribbean Gardens, and was active in the Zonta Club, the American Association of University Women, and with area churches.

She is survived by a daughter, Susan Rojas and husband Richard, of Naples, Fla.; a niece, Sarah Hall and husband John, of California; and a nephew, Steven Chirgwin, and his children, Haley and Grant, of West Virginia.