Services are held for Earl Rayburn 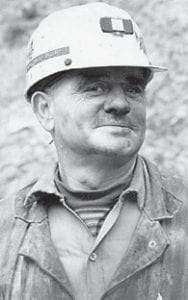 A son of the late Frank and Maudie Rowe Rayburn, he was born in Greenup County. He was the father of the late Sonya Rita.

He was a retired coal miner and a member of Whitesburg Masonic Lodge #754, and enjoyed farming.

Funeral services were held November 9 at Everidge Funeral Home in Whitesburg. Burial was in Obey Fields Cemetery at Cowan.