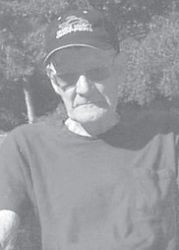 Funeral services for Ed Neil Fields, 72, were held June 23 at Cowan Chapel Church. Burial was in the Dinah Blair Cemetery at Cowan.

A son of the late Grant and Jane Miles Fields, he was born in Letcher County. He was a dozer operator in the mining industry, served in the Army National Guard, and was a member of Cowan Chapel Church.

He died June 21 at his home at Cowan.

Everidge Funeral Home had charge of the arrangements.