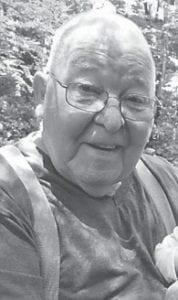 Born in Mayking to the late Claude and Maxie Kincer Wilcox, he was a brother of the late Dolly Wilcox Pollly and Ronnie Gayle Wilcox.

He was a member of Millstone Missionary Baptist Church for many years, and was a retired route supervisor for Terry’s Snack Foods and also a retired coal miner.

Surviving are his wife Peggy Combs Wilcox; a son, Michael Dean, of Bean Station, Tenn.; a daughter, Lisa Kay of Pikeville; a granddaughter, Kaci Lucas and husband Logan; and a great-granddaughter, Kynlee Harper Lucas, who was born on his birthday.

Funeral services for Mr. Wilcox were September 2 at Millstone Missionary Baptist Church. Burial was in the Webb Cemetery at Mayking.