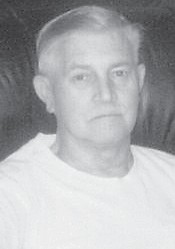 A son of Grace O’Neil Coots Short and the late Charles Edward Short, he was a brother of the late Madonna Pennington.

He was a member of the United Mine Workers of America, was graduated from Whitesburg High School in 1968, and enjoyed fishing, deer hunting, and NASCAR.

Surviving in addition to his mother are his wife, Sharon Short; two daughters, Jennifer Wampler and husband Mark, and Tammy Short, all of Mayking; a brother, Jerry Short of Mayking; four sisters, Patsy Richardson and Rhonda Kaye Short, both of Mayking, Kim Taylor of Montcalm, W.Va., and Telena Klepac of New Lenox, Ill.; and two grandchildren, Hanna Kaitlynn Wampler and Chloe Rae Wampler, both of Mayking.

Funeral services were held September 16, at Everidge Funeral Home in Whitesburg. Burial was in Green Acres Cemetery at Ermine.