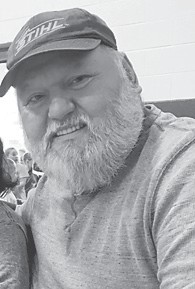 A son of the late Johnnie and Ruth Little Rackey, he was a brother of the late Verlon Rackey and Johnnie Wayne Rackey.

Funeral services for Mr. Rackey were held March 6 at Letcher Funeral Home in Whitesburg. Burial was in the Solomon H. Whitaker Cemetery at Carcassonne.