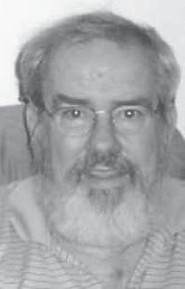 Born in Pikeville to the late Bernard and Margie Helvey Damron, he was a brother of the late Dollie Billiter.

Mr. Damron was a Bell South cable repairman for 32 years, was a member of the Bell South Pioneers and the Communication Workers of America.

He was a veteran, having served in the United States Army.

The register may be viewed and signed at: www.jwcallfuneralhome.com.