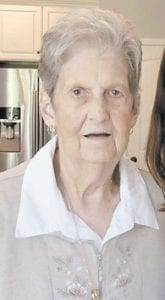 Helen Kathryn Pace, 86, died November 17 at her residence in Whitesburg.

Funeral services were held November 20 at Letch- er Funeral Home. Burial was in the Williams Cemetery at Whitesburg.