Services are held for Joyce Watts 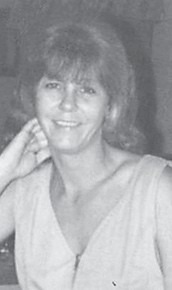 Funeral services for Joyce Ann Watts, 56, of Blackey, were held April 24 at Mount Olivet Baptist Church. Burial was in the I.D. Back Cemetery at Blackey.

A daughter of the late Tilden and Della Baker Cornett, she was born in Harlan County. She died April 22.

She enjoyed grilling out, fishing, playing horseshoes, and collecting pictures.