Services are held for Judy Branham 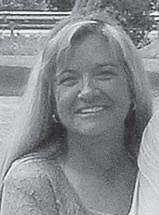 She was a daughter of Tate and Inez Hampton of Eolia, and a grandmother of the late Austin Stidham and Joseph Rayburn.

Surviving in addition to her parents are her husband, Ricky Branham of Eolia; a son, Chad Stidham and wife Crystal of Whitesburg; a daughter, Lorie Rayburn of Bardstown; two brothers, Hassel Hampton and Corbin Hampton, both of Eolia; three sisters, Naoma Sturgill and Rachel Thompson, both of Eolia, and Alma Roark of Wallings; and eight grandchildren.

Funeral services were held May 5 at Calvary Temple Church of God at Sandlick. Burial was in the Hampton Cemetery at Eolia.