Services are held for Linda Kincer 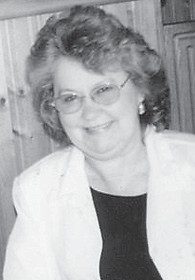 She was a member of the Cram Creek Pentecostal.