Services are held for Mazie Adams 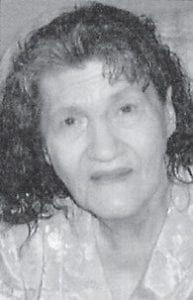 Funeral services for Mazie Adams, 80, were held March 31 at the Millstone Missionary Baptist Church. Burial was in the R.B. Caudill Cemetery at Whitco.