Services are held for Naomi Pingle 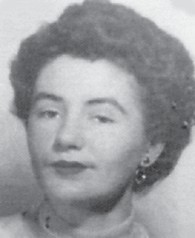 She was born a coal miner’s daughter in McRoberts, and loved the mountains of Kentucky. The family moved to Ohio in 1968 and lived in the same house all these years. She was a frequent visitor in Letcher County over the years.

Mrs. Pingle loved her collection of quilts and Christmas plates. She was a loving mom and always had a sweet spirit.

Mrs. Pingle was a homemaker, sold Avon for many years, and worked at the former Sears store in New Lexington, Ohio. She was a member of Carnation Chapter #167, the Order of the Eastern Star, and the Daughters of America. She loved to shop and spent many hours on the phone visiting with her family and friends.