Services are held for Vernon Brown 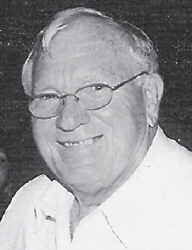 Born in Whitesburg, he was a son of the late Robert Brown Sr. and Angeline Adams Brown. He was the grandfather of the late Nicolas Vernon “Nic” Brown.

Brown retired in 1997 from Ford Motor Company. He was a member of St. John’s Lutheran Church and United Auto Workers Local 1216.

Funeral services were held July 1 in Bellevue, Ohio. Burial was in the Bellevue Cemetery.