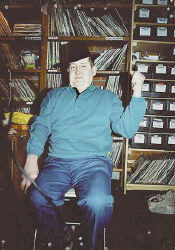 He was a son of the late Dave and Cora Lee Freeman Jarrett, and was a brother of the late Rita Jarrett and Madonna Sue Craft.

Jarrett was a popular volunteer disc jockey on WMMT-FM in Whitesburg, where he was known as Starvin’ Marvin.

Jarrett was also known to many Letcher County residents for his years of employment at Pigman Brothers Dry Cleaners in Whitesburg.

Jarrett was interested in photography and was an avid collector of hats. He was recently presented the key to the City of Whitesburg by Mayor James W. Craft.