Services are scheduled for victim in bike crash 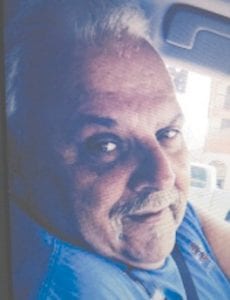 Funeral services for Emmitt W. “Jake” McElroy, 65, of Jenkins, will be held at 10 a.m. tomorrow (Thursday) in Whitesburg.

A son of the late Charles Wood McElroy and Grace Webb McElroy, he died August 27 from injuries received in a motorcycle accident at Blackey. He was riding his Harley- Davidson bike on Highway 7 South at Frog Pond when the mishap occurred.

Mr. McElroy was the widower of Karen Yvonne McElroy, and later married Sue Ruth Adams McElroy. He was also preceded in death by four sisters and four brothers.

He was a loving husband, father, grandfather, brother and friend.