Services are set for Elizabeth Sergent 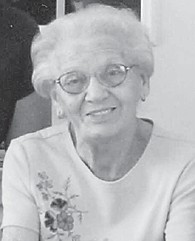 Funeral services for Elizabeth Fern Sergent, 80, will be held at 1 p.m. tomorrow (Thursday) at the Deane Baptist Church. Burial will be in the Sergent Cemetery at Indian Creek.