Services are set for Hattie Tackett 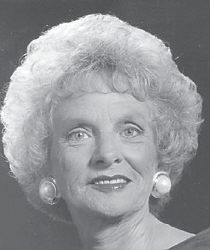 Funeral services for Hattie Tackett, 75, of Bean Station, Tenn., will be held at 1 p.m. Thursday at Everidge Funeral Home. Burial will be in Green Acres Cemetery at Ermine.

Born in Letcher County, she was a daughter of the late Henry and Martha Hall Quillen. She died June 30 at Holston Valley Hospital in Kingsport, Tenn.