Services are set for Joan Millard 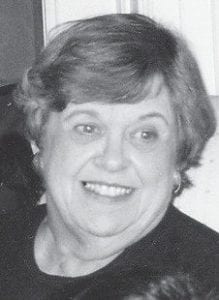 Funeral services for Joan Lewis Millard, 77, will be held at 11 a.m. today (Wednesday) at St. Andrews Anglican Church in Versailles. Burial will be in the Lewis Cemetery in Whitesburg

Born in Whitesburg, she was a daughter of the late Jess and Oscar Lewis and was married the late Jacob Victor Millard Jr.

She was a graduate of Whitesburg High School and Transylvania University, where she was a member of Chi Omega Sorority.

Mrs. Millard taught Fayette County at Bryan Station High School and Fugazzi Business College and was a member and past national President of the Order of the Daughters of the King.