Services are set for Robert Taylor 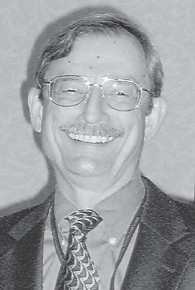 The son of the late R. Henry and Eunice Combs Taylor, he was graduated from Lafayette Senior High School and Transylvania College, where he was a member of Kappa Alpha Fraternity. He received a master’s degree in business administration from the University of Kentucky and was a member of the U.S. Army Reserves.

He worked at the General Accounting Office in New York and Washington, D.C., as well South Vietnam, Thailand, Laos, and Malaysia. He later worked for government agencies in Kentucky and Washington, D.C. before finishing his career at the U.S. Department of State. He retired in January 2009.

Funeral services will be held at 1 p.m., Thursday, Feb. 3, at Everidge Funeral Home. Burial will be in Green Acres Cemetery at Ermine.