Services are set for William Adams 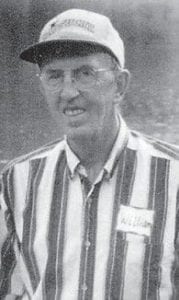 Funeral services for William Johney Adams, 59, will be held Friday (September 11) at Letcher Funeral Home in Whitesburg. Burial will be in the Hall Cemetery at Ermine.

A son of the late Winford and Mertie Adams Polly, he died September 8 at his home in Ermine. He was a brother of the late James Riley Adams.