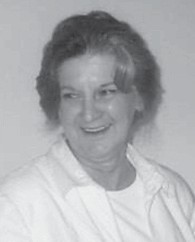 A daughter of the late Sam and Mary Tyree Baker, she was the widow of Daniel Adams.

Funeral services were held September 30 at Letcher Funeral Home. Burial was in the Haven of Rest Cemetery at Mayking.