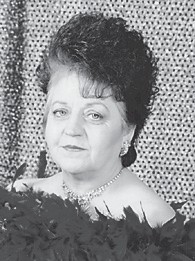 A daughter of the late Winford and Mertie Bell Adams, she was the widow of Eugene Hall. She was also preceded in death by two brothers, James Adams and William Adams, and a sister, Bobby Jean Sizemore.

Funeral services were held August 12 at Letcher Funeral Home. Burial was in the Hall Cemetery at Ermine.