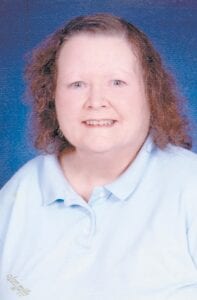 Ann was a 1970 graduate of Whitesburg High School and a 1974 graduate of the University of Kentucky. She was an avid UK sports fan, and a voracious reader.

Ann was a social worker in Wise County, VA for more than 25 years.

She was a member of Trinity United Methodist Church in Wise, where she sang in the choir. 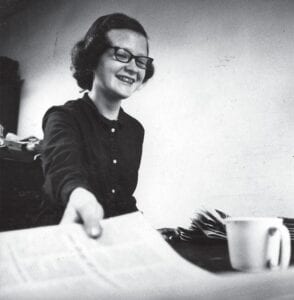 Ann Gish was a young teenager when this photo was taken in the late 1960s while she was folding and “stuff- ing” Mountain Eagle newspapers for her parents, the late Tom and Pat Gish. Ms. Gish died Sunday at age 67.