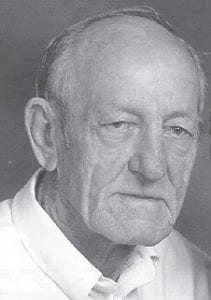 Funeral services for Berl “Pap” Madden, 74, of Isom, were held June 24 at the Millstone Missionary Baptist Church. Burial was in the Madden and Johnson family cemetery at Isom.

A son of the late John and Abbie Combs Madden, he was born in Letcher County. He died June 21 at St. Joseph Hospital in Lexington.

He was a member of the Millstone Missionary Baptist Church and was a U.S. Air Force veteran of the Korean War. He was the father of the late Keith Madden.