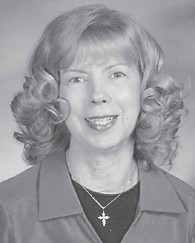 Carrie Elizabeth Ann ‘Betty Ann’ Pigman, 64, died December 24 at her home in Irvine after a long battle with cancer.

She attended elementary school at Thornton and Whitesburg. She was graduated from Whitesburg High School and Lees College, and received bachelor’s and master’s degrees from Eastern Kentucky University.