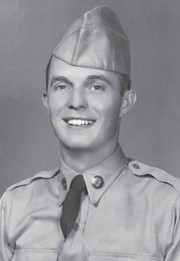 Memorial services for Bill J. Dingus, 84, of Seco, were held October 5 at Letcher Funeral Home in Whitesburg. He died September 20.

He was graduated from the University of Georgia with a bachelor of science degree in forestry, and had served as a forester for the Kentucky Division of Forestry, and had been reclamation director for Southeast and Red Fox Coal companies.

He was a Korean War veteran of the U.S. Army.

Surviving are his wife, Bobbie Dingus; two daughters, Donna Vasil and husband Paul of Aiken, S.C., and Carolyn Dingus of Houston, Tex.; and a grandson, Matthew Vasil of Aiken, S.C.