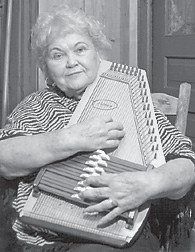 A daughter of the late Sherman and Amy Jones Childers, she was the widow of William Curtis Asher.

Mrs. Asher had worked at Mountain Comprehensive Health Corporation and was the children’s librarian for the Letcher County Public Library.

Funeral services for Mrs. Asher were held July 3 at Letcher Funeral Home in Whitesburg. Burial was in the Asher Cemetery at Letcher.