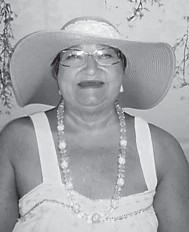 A daughter of the late Berlin and Molly Louise Murphey Hunt, she was reared by the late Maudie Hunt.

Mrs. Bentle was a member of the Freewill Baptist Church and retired from Hunsaker Grocery.

In addition to her parents and grandmother, she was preceded her husband, Richard Vincent Bentley, and two brothers, Lee Litz and Berlin Hunt.

Funeral services were held September 1 at the New Freedom Worship Center in Jenkins. Burial was in the Bentley family cemetery at Jackhorn.

Online condolences may be expressed at www.hallandjones.com.