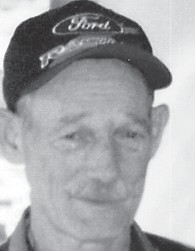 Born in Neon to the late Britt and Georgia Collier, he died April 30 at his home in McRoberts.

He was preceded in death by a sister, Atha Bear, and six brothers, Vernice, Vernon, Elmer, Ike, Mack, and Luther.

Mr. Collier had worked at Craft’s Department Store in Neon, and drove a school bus later in life. He also had worked as a coal miner for Scotia Coal Company.