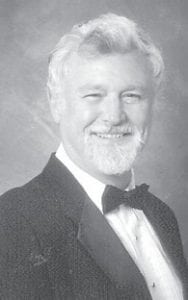 He was a teacher in Winchester, a counselor in Garden City, Mich., football and wrestling coach in Michigan, trainer and administrator in federal education programs in Detroit, Mich. and Washington, D.C., and Atlanta, Ga., and clinical psychologist, management consultant, and health and personal growth trainer in Atlanta. He was the co-founder of the personal growth training Lightstyle, and the creator of the health and wellness trainings known as “How to Lose Weight and Never Find it Again,” “Fearless Flyers,” and the “IQ (I Quit Smoking) Training.” He also had shows on WRNG radio and WATL television, and was the recipient of a number awards from professional and community organizations.

After his retirement, he devoted his time to writing, particularly about his memories growing up in eastern Kentucky.

He was preceded in death by his daughters, Stephanie R. Bradley, Sharon Smith, and Sandra Miller.

Memorial service will be held at a later date.