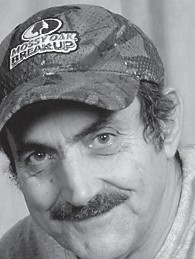 Funeral services for Mr. Coots were held February 20 at the Maces Creek Church of God. Burial was in the Coots family cemetery at Viper.