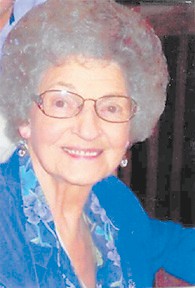 A daughter of the late Daniel Richard Wampler and Ova Sturgill Wampler, she was the widow of Ivory Dee Conley. She was also preceded in death by a son, Richard Conley; a daughter, Jennifer Conley Walker; a son-in-law, Kyle Walker; and two grandsons, Shane Tackett and Erik Conley.

Mrs. Conley was a member of the Peoples Fundamental Baptist Church in Dunham.

During World War II, she worked in Baltimore, Md., for the war effort. She was a homemaker raising five children and loved to cook, always having her children’s friends running in and out and donating to the less fortunate. She spent her later years watching the University of Kentucky Wildcats play ball, Fox News and preaching on television.