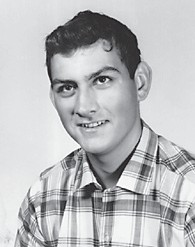 After a stroke in November 2016, he had been a resident of Letcher Manor Nursing Home in Whitesburg where he made many friends.

He was known to many as “Big Duke” from his youth. He enjoyed television, Westerns, crime shows, ‘70s shows, action movies, the comic book genre, working puzzles, and spending time with his family.

Mr. Combs was the son of Alberta Hatton Barker and Jerry Barker of Whitco.

Couch, and Levi Caudill; and an aunt, Fleta Mae Brown of Whitco.

He was preceded in death by a grandmother, Mattie Mae Hatton, and his father, Joseph Combs, Jr.