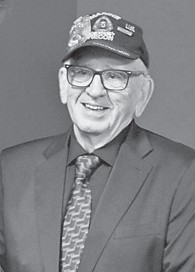 Delmar Ray Sergent, 81, died May 2 at his residence in Whitesburg.

A son of the late William Henry and Ollie Cook Sergent, he was the widower of Bonita “Nedo” Taylor Sergent. He was also preceded in death by a grandson, Sean Atkinson; five brothers, Carl Sergent, Lester Sergent, Linville Sergent, Bob Sergent, and Henry Sergent; and a sister, Alkie Sergent.

Mr. Sergent served in the United States Marine Corps from 1956 to 1960 and worked for Ford Motor Company for 30 years.

Funeral services were held May 5 at Letcher Funeral Home followed by a military service. Burial was in the Evergreen Cemetery in Whitesburg.